The Black Shark 4 series is coming on March 23, which consists of a vanilla and a Pro model. Black Shark hasn’t detailed the specs of both smartphones yet, but earlier today, it confirmed that the Black Shark 4 lineup will feature a 6.67″ Samsung-made E4 AMOLED screen with a 144Hz refresh rate and a multi-finger touch sampling rate of 720Hz. The display will also have a punch hole in the center for the selfie camera.

Black Shark doesn’t tell us whether both smartphones in the series will pack this AMOLED screen, but it’s safe to say that the Pro variant will. 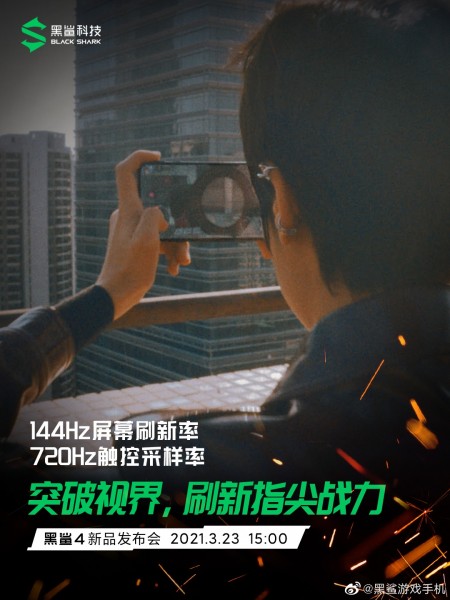 Black Shark previously confirmed that the Black Shark 4 series will be powered by the Snapdragon 888 SoC, and a couple of official posters revealed the vanilla model will come in at least two colors, with the rear panel having an X-shaped pattern.

In January, Black Shark teased a 4,500 mAh battery and 120W charging on the Black Shark 4 lineup. We’ll see this on the Pro model for sure, which will have 8GB and 12GB RAM options.

Amazon will hold its fall Alexa hardware event next week