In a previous Flashback we lamented that the Nokia N-Gage was ahead of its time and that all of its potential went unfulfilled. It is now remembered only as a failure, which we think is a bit harsh. But did you know that there was another phone with this design?

At least people remember the N-Gage (for better or for worse), but how many of you know that the Nokia 3300 existed? Well, there’s probably a good reason for that – it just wasn’t a very good phone. But our story doesn’t start here.

It starts in 2001 with the Nokia 5510. It’s hard to mistake this phone for anything else, the centered screen and landscape QWERTY keyboard made this a dream phone for heavy texters.

The display and navigation keys seem to have been lifted straight from the Nokia 3310. However, the split keyboard made for fast two-handed typing. There was an issue with this design, however. With all that room taken up by the keyboard, the earpiece had to be pushed in the corner.

This was not the most comfortable phone to use for voice calls (but then it was aimed at people who prefer texting over calling). And somehow it was still less awkward than the N-Gage, which earned the nickname “taco phone”.

Anyway, the phone could play some games – it featured the 3310 classics, including Snake II, Space Impact and others. But this was not much of a gaming phone.

The 5510 is notable for another reason, it was the first Nokia phone that could play music. It had a 2.5mm headphone jack so you could listen to the tunes from the internal storage or the FM radio. There was even a built-in equalizer. Four buttons on the side allowed quick control over the music player, FM radio and volume.

It wasn’t perfect, though, as there was only 64MB of storage and no memory card slot. Also, you couldn’t just toss some MP3s over a mini-USB cable and start rocking. No, you had to use the PC software, which converted the audio into an encrypted .lse format. On the plus side, you could record songs from the radio.

This brings us to the Nokia 3300 from 2003. There were two versions with Europe and Asia receiving the 3300b variant. This one had a split QWERTY keyboard flanking the display in a landscape orientation – it was a modernized version of the 5510. It included a D-pad which also doubled as playback controls.

3300b’s connection to music is even deeper. Nokia collaborated with Jay-Z to create The Black Phone, named after The Black Album (which was marketed as Jay-Z’s last album before retirement). Naturally, the Black Phone came with said album pre-loaded on the MMC card encoded in MP3. There were ringtones cut from the tracks as well. The phone retailed for $300, here’s Billboard’s coverage of the release (tap for a closer look).

There was another version of the Nokia 3300 – the one for the American market, which was a sort of baby N-Gage. It had the same layout with a D-pad on the left and keypad on the right, surrounding the screen. 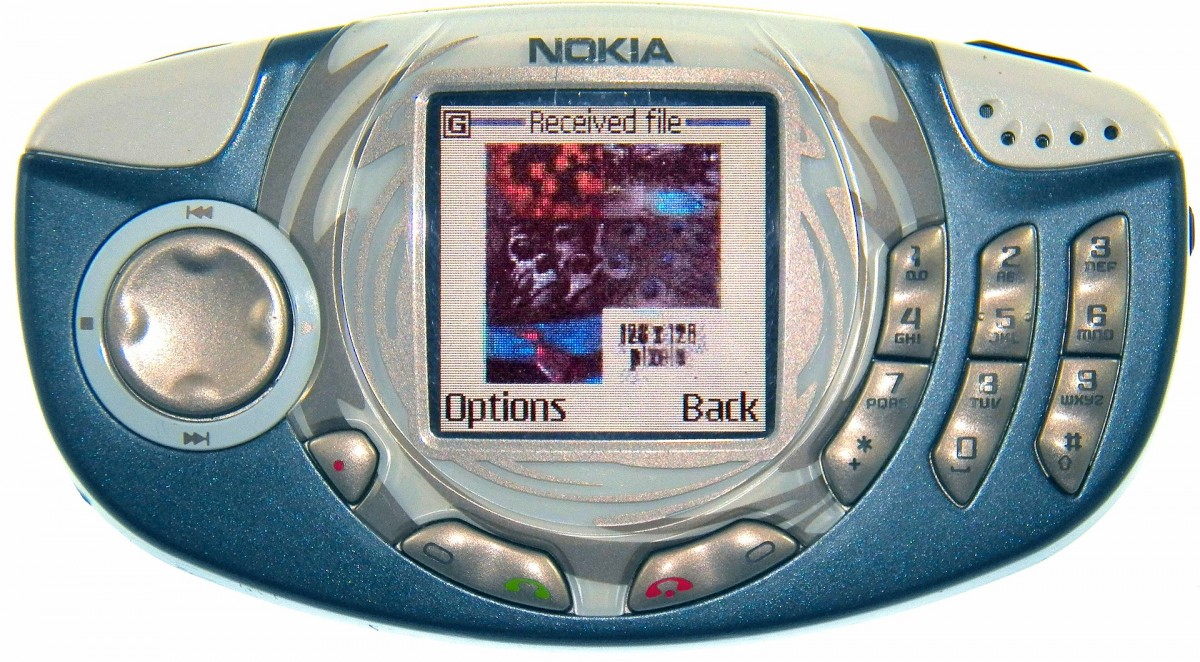 The MMC card slot was a great addition as you could store a lot more music than was possible on the 5510. Also, the new models could play MP3 and AAC files directly. Another thing Nokia got right was putting the headphone jack, data and charging cables on “top” of the phone, which kept cables out of the way when holding the phone in landscape orientation. Some (but not all) gaming phones today feature similar placement for similar reasons, despite being separated by nearly two decades of technological progress.

Maybe you’re still scratching your head wondering why the Nokia 3300 failed. Well, did we mention that the N-Gage ran Symbian, while the 3300 was a feature phone – that limited game selection to J2ME titles, which were simpler than their smartphone counterparts. Especially since Nokia was trying to turn N-Gage into a gaming platform and actually tried to build out a catalog of titles (which were out of reach for the 3300).

A limited selection of unimpressive games is enough to kill any game platform. Not that the N-Gage was a rousing success. To be fair, even Sony failed to compete with Nintendo in the portable gaming market – with the Xperia Play and even with the Vita. We guess launching a portable console without Mario and Zelda games is a fool’s errand.

Our OnePlus 9 video review is out