Huawei CEO Richard Yu shared on Weibo that the Mate X2 will be unveiled on February 22. He says that the foldable flagship “will lead the new form of smart phones in the future”. As you can see in the image, the phone will have an inward-folding design, unlike the original Mate.

Another surprising detail revealed today is that the Mate X2 will be powered by the Kirin 9000 – it’s not a surprise that Huawei wants to use its best chip, it’s a surprise that the company has any in stock (new chips haven’t been produced since September). 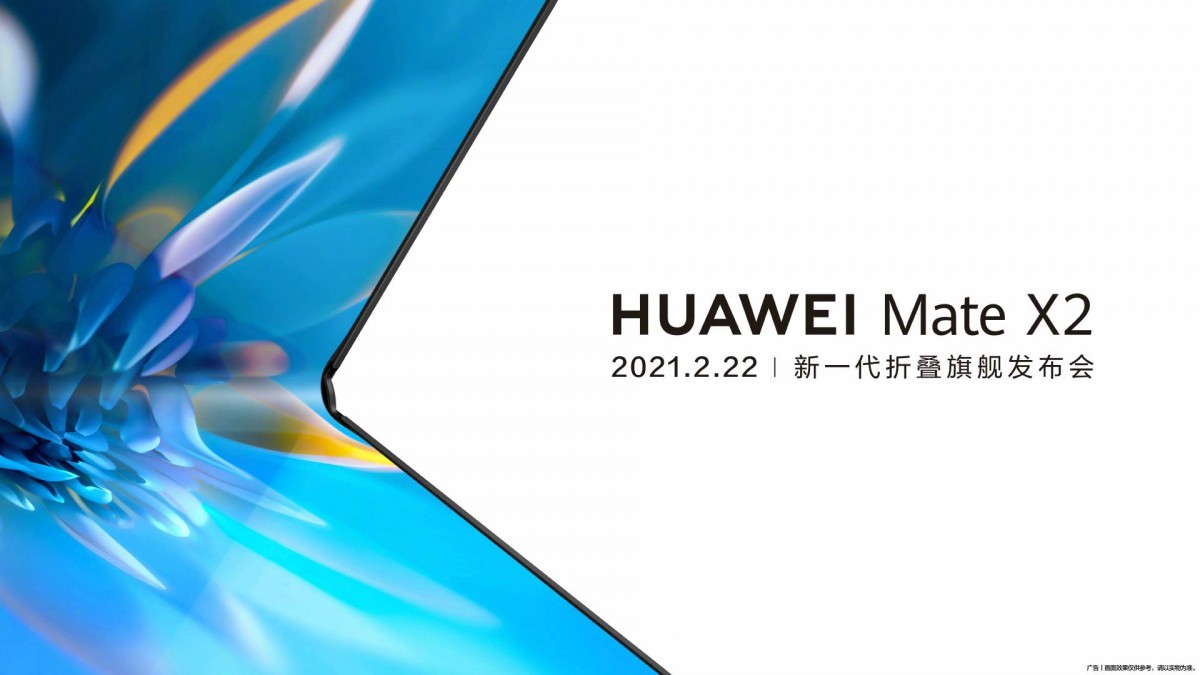 Previously, the X2 passed through TENAA, which revealed that the phone will have a 6.45” external display with a surprisingly reasonable 21:9 aspect ratio and a resolution of 1,160 x 2,700 px (for comparison, the Galaxy Z Fold2 has a lanky 25:9 display).

Leakster Digital Chat Station posted this image showing the Mate X2 in closed and open positions. It shows a dual punch hole on the external screen (with a 16 MP selfie camera) while the large internal screen is spotless, free of any holes and notches. 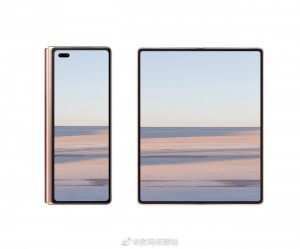 While it comes from TENAA (and should be quite reliable), this information has not been officially confirmed – all Richard Yu and company revealed today are the inward-folding design and the Kirin 9000 chipset.