In 2010, 201 million laptops and 157 million desktop PCs were shipped worldwide. While laptops went into a bit of a slump (156.8 million in 2016) they have recovered and have made big gains in the last couple of year. Meanwhile, desktop shipments have continued to decline for 10 years straight.

Aksje Bloggen predicts that 225 million laptops will be shipped this year, up from the 218 million last year. The numbers are expected to stabilize at this level, IDC forecasts that 216 million will be shipped in 2023.

The numbers from Canalys for 2020 are different, showing more laptops (235.1 million) and fewer desktops (61.9 million). Here’s the distribution through the years. 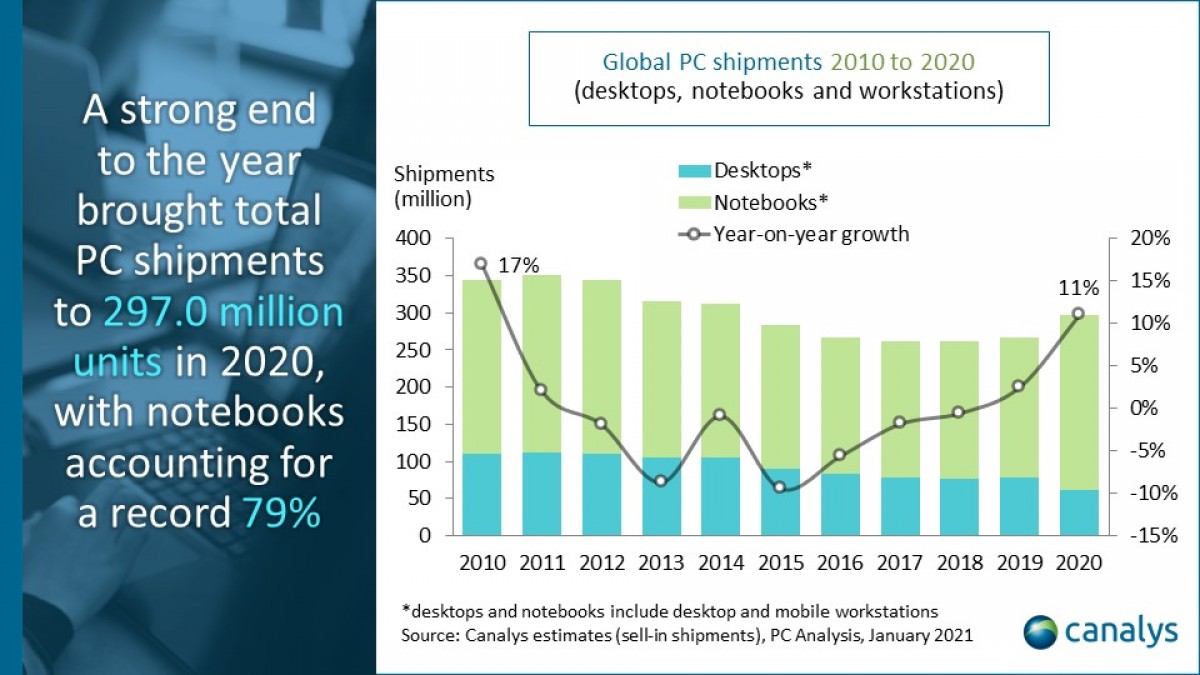 As you can imagine, the pandemic really boosted demand for laptops in 2020, which led to a 26% increase in units shipped. Lenovo was the largest player and, controlling a quarter of the market with 72.7 million sales. It was followed by HP (67.6 million) and Dell (50.3 million).

There was a corresponding increase in revenue in 2020, growing to $140.3 billion (up $4.6 billion year over year). This year the revenue is expected to grow again, reaching $142.1 billion. The US will remain the largest market and will account for around $36.1 billion in revenue, followed by China ($19.6 billion) and Japan ($9.8 billion).

As for desktop PCs, only 79 million units were shipped last year and the decline will continue – the prediction for 2024 is 73 million.

Flashback: remembering the best Tegra-powered phones, tablets and “others”