This one’s for the fans! Or for the chemistry students with a penchant for iron alloys? It’s not ‘lite,’ that’s for sure. This is the Galaxy S20 FE 5G (or Fan Edition). The latest member of the S20 family comes with some spec changes to meet a lower price point, while still maintaining important bits to qualify for the S-series badge. 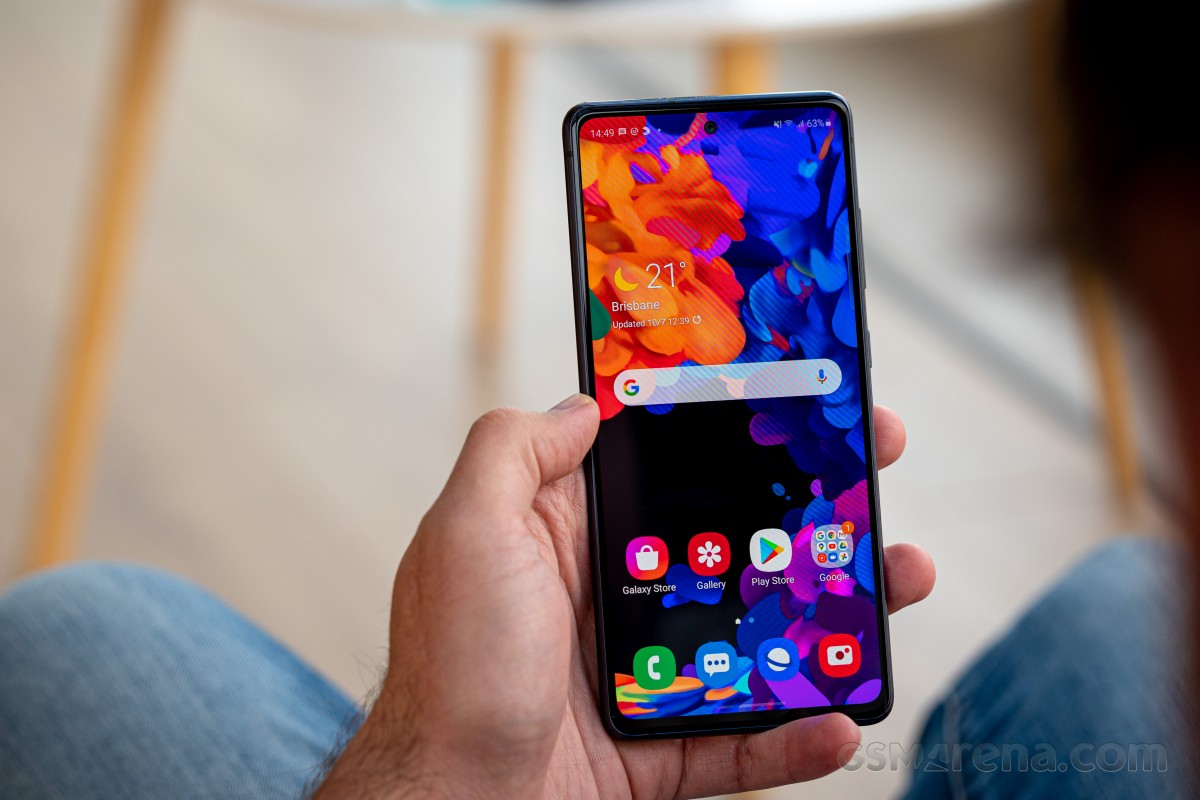 One of those is the high-end chipset, and that’s a good point to clarify that not all FEs are the same – there is a 5G-capable version and an LTE-capped one. The 4G-only model follows the usual regional differentiation with some parts of the world getting the Exynos 990 while others have their FEs equipped with the Snapdragon 865.

On the other hand, the 5G model is Snapdragon-only this time, regardless of locale. It’s this version that we’re reviewing, though we may be dropping the ‘5G’ when referring to the phone for the remainder of this review.

Placed in between the S20 and S20+ in terms of screen size, the Fan Edition packs a 6.5-inch Super AMOLED display. This one’s not HDR10+ compliant and has a FullHD resolution next to its QHD brethren, but Samsung did keep the 120Hz refresh rate. 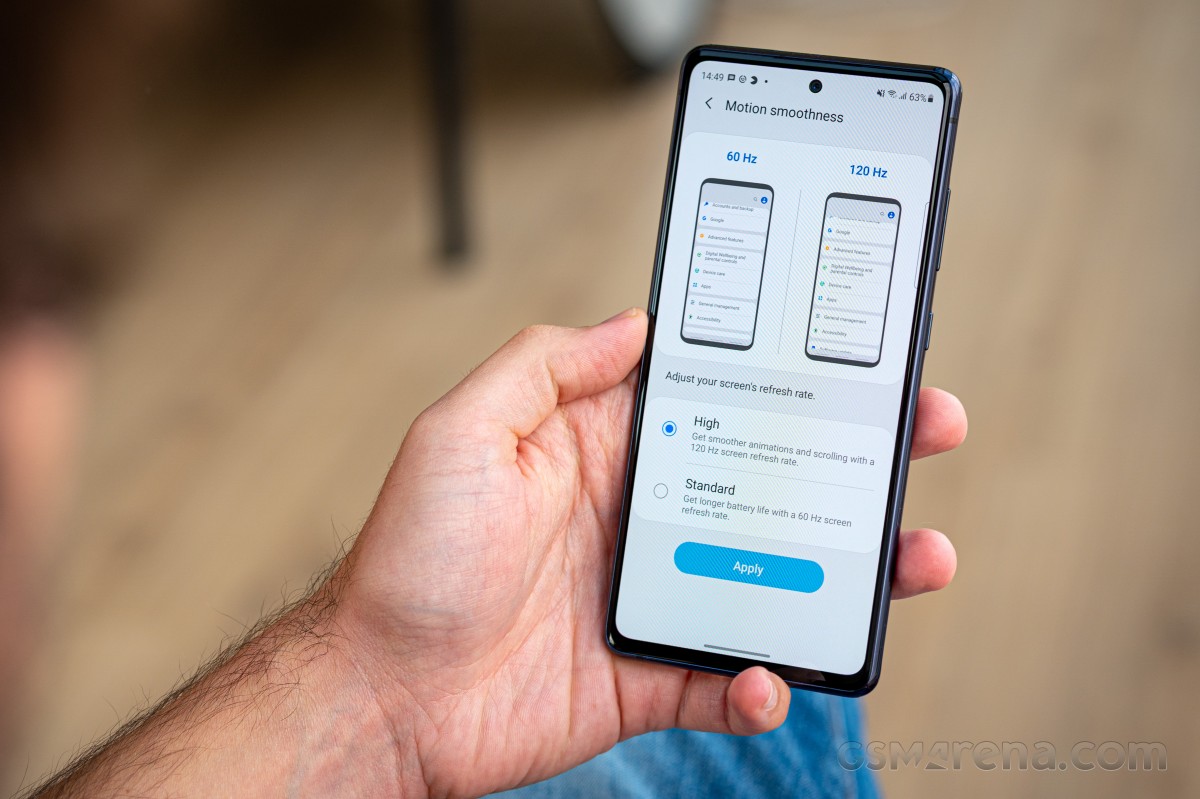 As part of the tri-set of cameras on the FE, it gets to keep the S20s main big-sensor 12MP shooter. The ultra wide-angle cam takes 12MP shots too, but from a smaller imager than on the non-fan editions. And the telephoto is different too – fans will be shooting with an 8MP almost-3x zoom unit, as opposed to the slightly odd 64MP non-tele tele setup on the S20 and S20+. Meanwhile, the selfie camera on the FE is a 32MP Tetracell unit, which may sound like an upgrade compared to the 10MP modules of the S20 and S20+, but there’s more to that as you go deeper. We’ll be doing all sorts of camera comparisons later on, of course.

Tere are some other less apparent downgrades here and there. Like the Gorilla Glass 3 instead of 6 on the front and the plastic back where the non-fan S20s have more Gorilla Glass 6. The Fan Edition also tops out at 8GB of RAM (6GB in the base version), while the regular S20s start at 8GB and can be had even with 12GB.

Whether it’s an upgrade, a downgrade, or simply a side-step, the Fan Edition gets an optical fingerprint reader, not the controversial ultra-sonic reader of the other phones in the Galaxy S and Note roster.

Filed strictly under downgrades, however, is the retail bundle.

The S20 FE’s box is Fan Edition too – it’s not the black packaging of the true flagships. It’s still the same thick cardboard, only white, and the S20 name is printed on the front, just like on the non-FEs. There are many emoji-looking imprints, something you don’t get on the regular S20 or Note20 boxes. 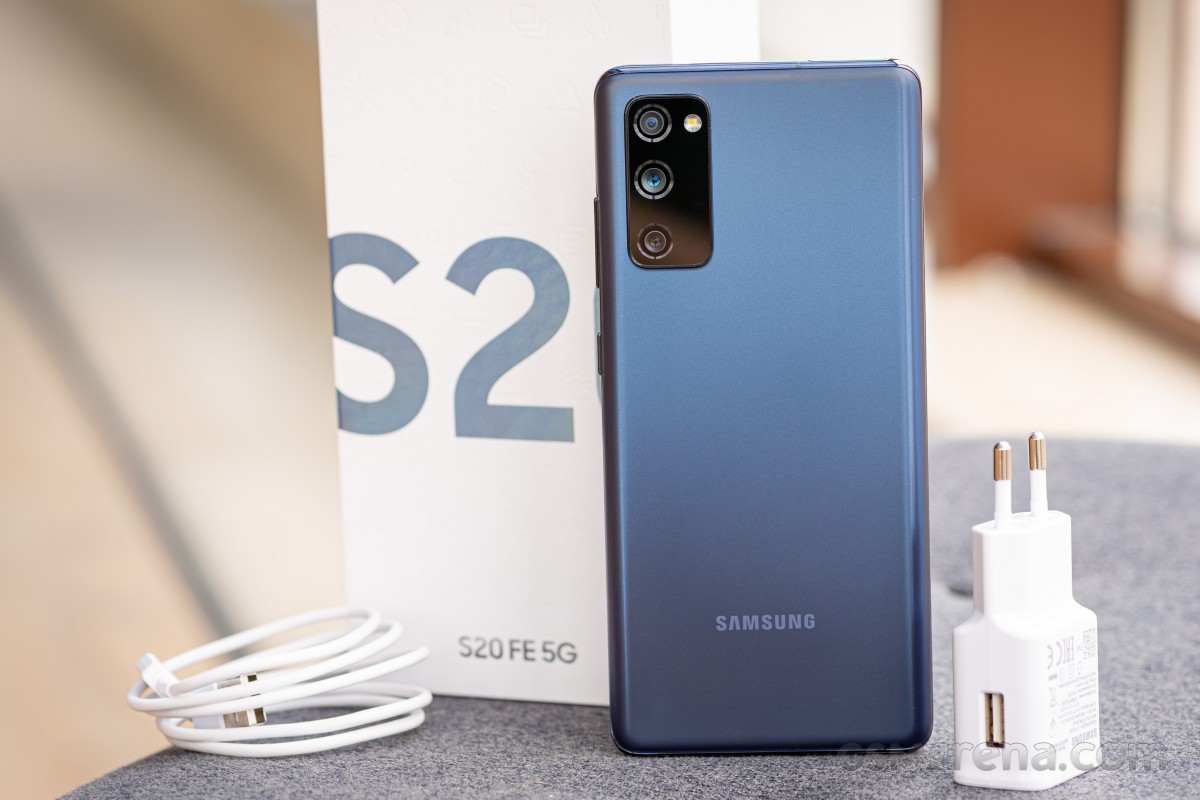 There’s special treatment on the inside too, but not the good kind. The accessories package is rather sparse, and besides the phone, you’re only getting an adapter and a cable to go with it. Even worse, it’s the plain old Adaptive Fast Charging unit that’s Qualcomm QuickCharge 2.0 compliant – 15W max, USB-A out – lame. Non-fans are treated to a 25W adapter and earphones, but the budget cuts for this one didn’t allow for such frivolous expenses.

This might be your first look at the OnePlus 8T