There are two reasons why Apple released the iPhone 12 and 12 Pro first. One, they share most of their components, simplifying the build process. Two, Cupertino must have thought they are the two most interesting models out of the four.

And analysts think the same – Ming-Chi Kuo estimates 7-9 million units were ordered on day 1 and predicts that the mini and Pro Max will not be as popular. Last week’s poll shows the opposite, however, as the two models scheduled for a November launch can’t come soon enough. As usual, there’s a large contingent of people not interested in buying an iPhone.

Them aside, the iPhone 12 mini came out as the most desirable model. There’s nothing like it on the market, especially after Sony discontinued the Compact line (the Xperia 5 II isn’t all that small). This also made the mini a divisive phone – some say the regular iPhone 12 is better value for money as it has a larger screen and battery, others love the mini exactly for its size.

The interest in the smallest new iPhone may cause curious ripples in the smartphone market – some commenters believe (or, perhaps, hope) that Android makers will follow Apple’s lead and make tiny flagships once again.

Moving on, the second most popular model was the iPhone 12 Pro Max – the largest, most expensive phone in the series and the one with the best camera. The larger main camera sensor and the longer telephoto lens are exclusively available on the Max. This is also the largest iPhone ever with a 6.7” display.

Checking our Daily interest chart, the Max is well ahead of even the mini. Going back to Kuo’s predictions, the analyst believes that the Pro Max will make up 15-20% of all iPhone 12 models sold while the mini will be the least popular with a 10-15% share. One thing is certain, more people are looking up the larger phone – how many end up actually buying it will be known in about a month.

Next up is the vanilla iPhone 12. In some ways this was the largest year over year upgrade as LCD was swapped for OLED. And if you have an XR, the ultra wide camera is a new addition. However, Apple didn’t double the storage as it did on the two Pros, so people coming from an 11 or XR are looking at the same storage options (and 64 GB is starting to feel tight).

Finally, the iPhone 12 Pro garnered the least amount of attention among the new models, but it’s not all bad – it proved more popular than older iPhone models, which got a price cut as the 12-series was introduced. The 12 Pro offers a larger screen compared to the 11 Pro and XS (6.1” vs. 5.8”), double the base storage, LiDAR and a few other perks – not the least of which 5G.

Apple waited until the US, Europe and other key markets have developed 5G networks rather than launching last year when coverage was limited. We didn’t see a ton of excitement over the faster connectivity, though, it seems that potential buyers are more interested in the other upgrades on the 12-series. 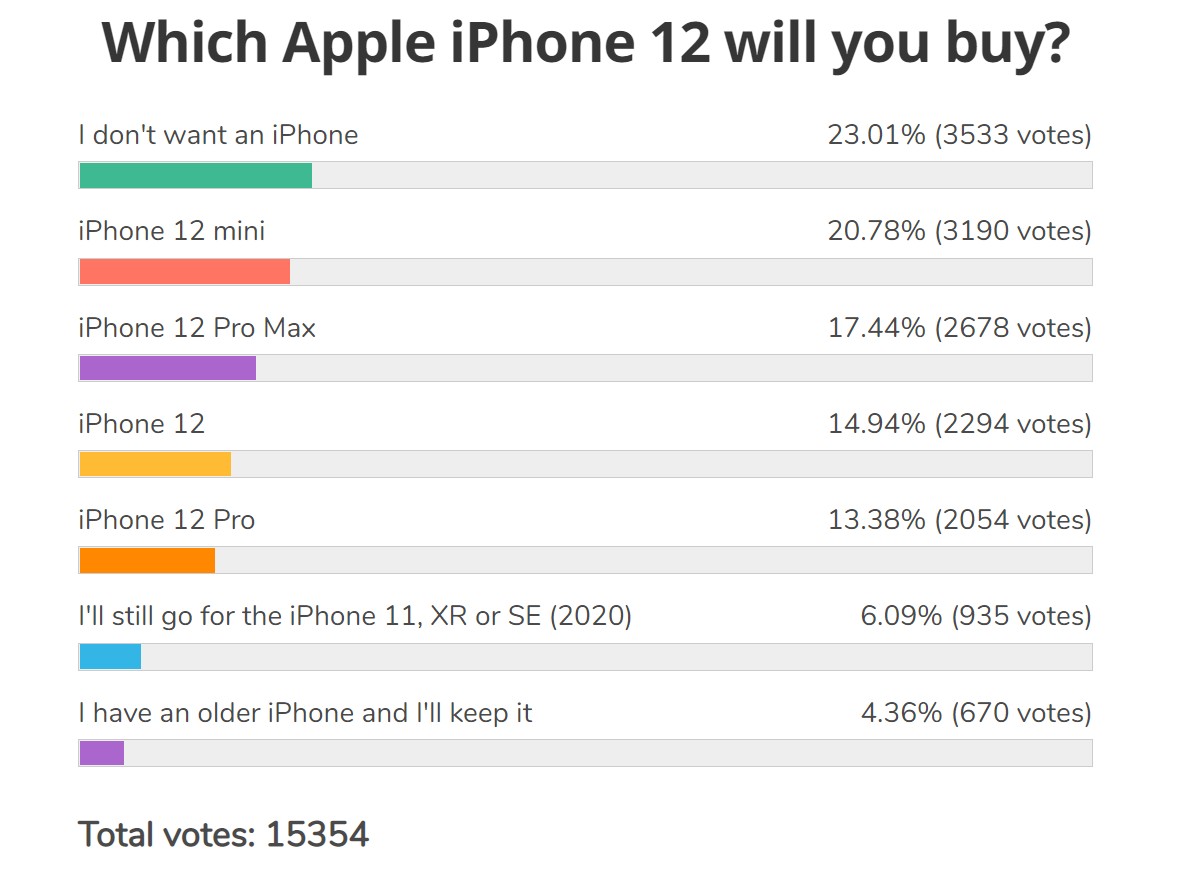