Back in 2016 our poll showed that the ideal screen size for a phone is between 5.0” and 5.3”. A year later the result was the same with 5.2” getting voted to the top. But even back then it was clear that preferences were shifting towards larger displays. Last year we conducted a similar poll, which confirmed that – 6.0” became the most popular size.

Last week’s poll shows that the trend has held and the 5.9-6.5” size category received the most votes. Judging by the comments, most people prefer to stick to closer to the 5.9” end than the 6.5” end.

The love for small phones has not gone away. Indeed, the 5.8” and below option ended up second, just 2 percentage points behind – and well ahead of the 6.6+ inch category. That’s in line with what we saw last year, with the mid-sized category accounting for 56% of the vote while the 6.6” option got only 6%.

Still, it’s clear that interest in large phones has grown and now 1 in 5 seeks a display 6.6” or larger. Taller aspect ratios have helped with that as phones were already getting too wide to comfortably use single-handed.

Interestingly, it seems that the aversion to large screens carries over to foldable phones as well – they were by far the least popular option. Perhaps clamshell foldables, which prioritize compactness over screen size, will have an easier time reaching the masses (clamshells tend to be cheaper as well, though there isn’t an actually cheap one yet). 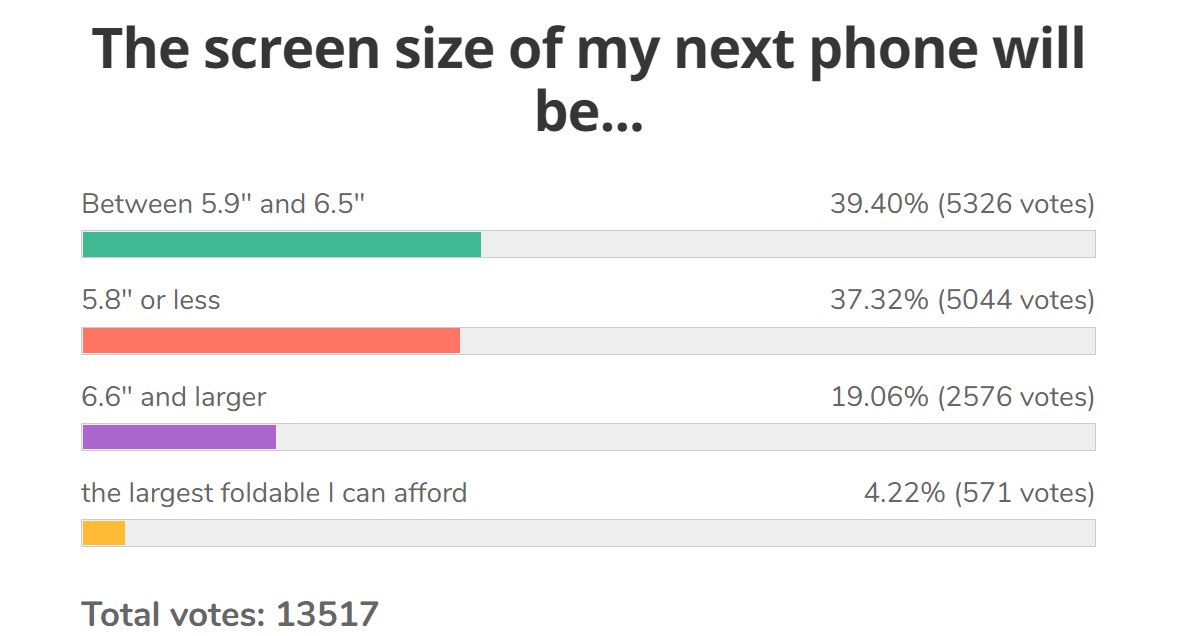 Here are the results from the 2019 poll for comparison: 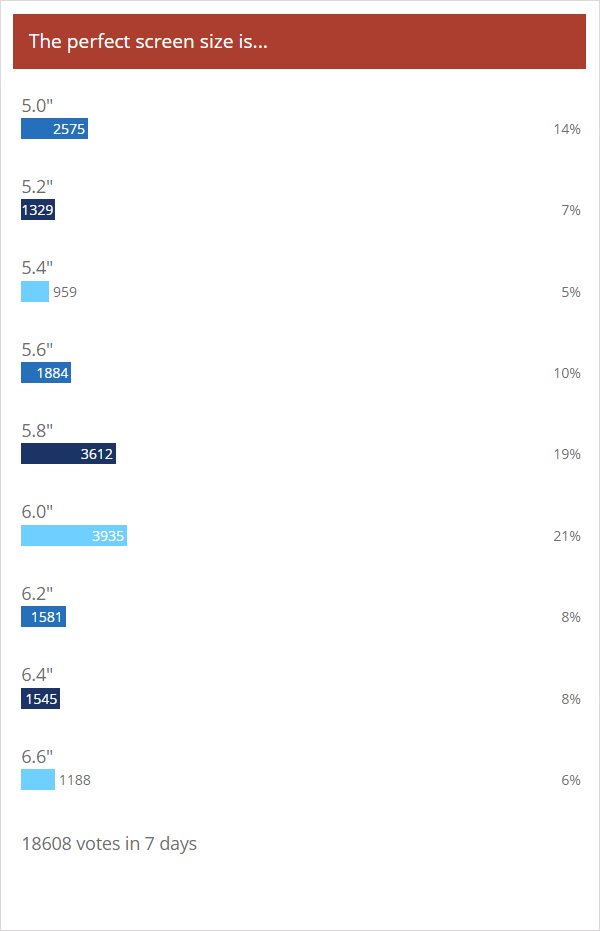 Weekly poll: what kind of headphones do you use?